Costa’s Dad, a Greek American, emigrated from Crete as a 16 year old and entered the US through New York’s Ellis Island. The authorities modified his Greek name, Demetrius Duniadakis, to James Dunias. Jimmy (as friends called him) worked his way across America coal mining, railroading, sheep herding, working and owning cafes, and finally settled in Lubbock, Texas. Costa’s Mother, Connie, was an American Greek and her parents came to America from the large island that lies to the east of Athens on the mainland of Greece. Her Father found work in a coal mining town called Van Houten south of Raton, New Mexico, running the company store and bar. Jimmy and Connie were introduced through a food salesman who connected Jimmy with Connie’s family and the rest is history. They lived and raised their family in Lubbock.

Costa worked for a company that moved the Duniases around West Texas and ultimately to Dallas. Because of their interest and participation racing with the Sports Car Club of America, Costa was offered and accepted “the opportunity of a life time” to move to Denver, Colorado and work for the club.

In 1992, Costa opting for life in a slower lane, left the employ of “the club” and now is what is known as “field staff”. He serves as a steward, working on a volunteer basis to support and help insure the safe conducting of the sport of racing cars that he so passionately loves.  He now sells fruits, nuts and candies as a distributor with Mountain Man Fruit and Nut Company of Parker, Colorado. (This is our wonderful source for the finest walnuts in the world that are used in our Baklava.)

Wilma is a mix of Scotch Irish, German and Cherokee Indian. Her Dad, an entrepreneur in his own rite, sold insurance, real estate and made loans. Her mom stayed home to raise the family, as women did in those days. Wilma always helped with cooking meals so has come by the interest in food preparation by way of her upbringing. A college major in Home Economics Education and Food and Nutrition further nurtured her love for cooking.

Costa and Wilma met at Tom S. Lubbock High School though they did not date until they attended Texas Tech University.  They married a year after Wilma’s graduation from college.

Wilma learned first-hand how to make baklava from ladies in the Greek Orthodox Church where she and Costa were married.  For years she baked it for holidays, mainly Christmas. Baklava by Wilma has been in business since 1993 when Wilma shared baklava at a little protestant church near their home and people wanted to purchase the delicacy for personal use and gifting. For a number of years the baking was only for select people who approached Costa and Wilma. In 2008 Wilma joined a networking organization to further her long-time Mary Kay Cosmetics business. Those who knew that Wilma baked baklava also encouraged her to start marketing it as well.  Since that time the business has grown.

Costa is the Chief Financial Officer, Purchasing Agent and Marketer while Wilma is the Baker and primary Marketer for Baklava by Wilma.

So now you know us… we know you will enjoy our baklava!

I love to cook! I truly believe and know that the way to people’s hearts is through their stomachs! My greatest joy is to create and to see someone’s reaction to the foods I cook. The closed eyes, m-m-m-good look on their faces. That is what my passion is all about! 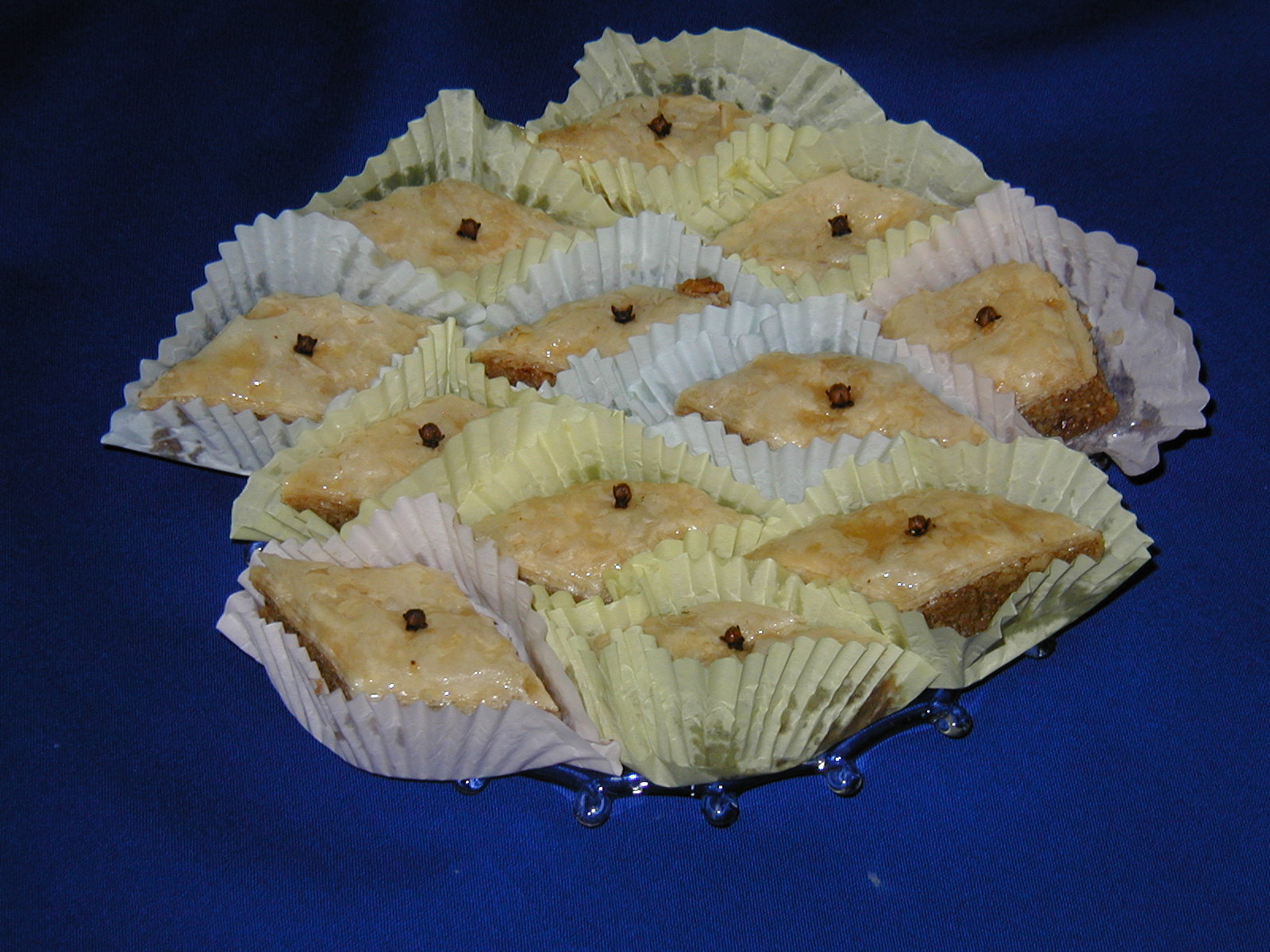